A little while ago I emailed Kevin to get some of his thoughts for a parenting post. His response was so great I thought I’d just put it here. I’m guessing when he got my email he made a face kind of like this: 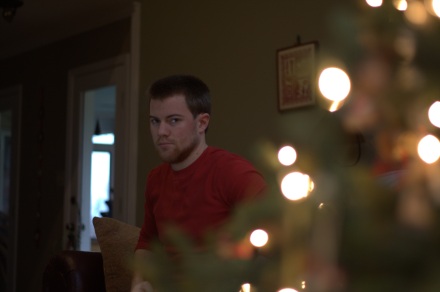 END_OF_DOCUMENT_TOKEN_TO_BE_REPLACED

Last week was Calvin’s SIX MONTH BIRTHDAY! Woot woot. He is doing so well. Rolling over and over. He loves going from his back to his front and will (and actually did, but shhh, it’s a secret) roll off our bed if we let him. His eyes seem to be gradually getting a bit greener. The outside is still semi blue, but the inside is yellower giving him an overall effect of blue green. We’ll see if it keeps changing. His personality is coming out in new ways. The other day he was extra tired and ready for a nap, but I had to drop him at daycare. As we were getting ready he turned into a slap happy infant, belly laughing at everything! The way I said his name and called him silly, carrying him into the closet to look at my clothes, seeing Kelcy, it all made him laugh. I was so happy to have a silly baby. Anyways, to commemorate his 6 months of life I wanted to do a semi-interview of Kevin and I as parents. I wrote most of the questions (the last three were Kevin’s attempts at engaging with the exercise) and sent them to Kevin via email. I suggested we just videotape us interviewing each other but Kevin shot that idea down VERY quickly. So here we go: END_OF_DOCUMENT_TOKEN_TO_BE_REPLACED